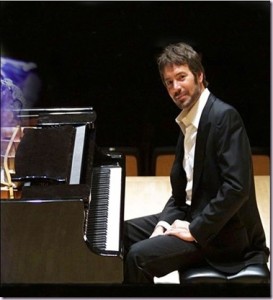 Salt Lake City Classical Pianist Jed Moss has a lot to be thankful for.  This February, Moss takes on the challenge of performing works with Canyonlands New Music Ensemble for the Maurice Abravanel Visiting Distinguished Composer Series, Ballet West and his own Sundance Trio.

Learning a single new composition presents its own difficulties, but throw in ‘avant-garde’ pieces with a Balinese “East meets West” ballet and a flurry of performances on the road with a classical Trio, and you have a month filled with challenges, obstacles, anxiety, frenzy, excitement, accomplishment and, ultimately, full-blown pride.

On February 2nd, Jed Moss performed with the Canyonlands New Music Ensemble for the Maurice Abravanel Visiting Distinguished Composer Series.  A member of Canyonlands for many years, under the leadership of Morris Rosenzweig Moss has performed compositions of such composers as John Harbison, Roger Reynolds, and George Tsontakis.

This February, celebrated composer George Tsontakis was welcomed to Salt Lake City as the Maurice Abravanel Visiting Distinguished Composer. For Moss, Reynolds’ work was an exciting challenge, particularly because he had never heard the Reynolds piece. Credited as one of his finest performances, Moss’ interpretation was well performed and well received.

Throughout February, Jed Moss is working and performing with Utah’s Ballet West. Ballet West’s current production is Madame Butterfly, with GONG.  A Mark Morris ballet, GONG has been performed by the American Ballet Theatre and The Royal Ballet, making Ballet West only the third company worldwide to perform the piece. 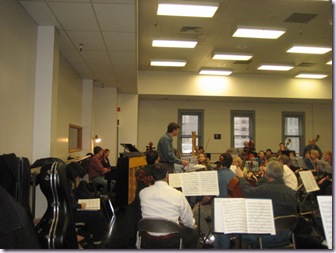 A Balinese and Gamelan-inspired composition, Tabuh-Tabuhan, Toccata for Orchestra and Two Pianos, was first performed by Carlos Chavez and the National Orchestra of Mexico City in 1936 and brought worldwide acclaim to U.S. composer Colin McPhee (1900-1964) who spent years immersing himself in Bali’s culture and music.  Combining Balinese and traditional Western musical elements, Tabuh-Tabuhan translates as a collection of percussive rhythms and sounds.

In McPhee’s notes about Tabuh-Tabuhan, he writes that “although Tabuh-Tabuhan makes much use of Balinese musical material, I consider it a purely personal work in which Balinese and composed motifs, melodies and rhythms have been fused to make a symphonic work. Balinese music never rises to an emotional climax but at the same time has a terrific rhythmic drive and symphonic surge and this partly influenced me in planning the form of this work. Many of the syncopated rhythms of Balinese music have a close affinity with those of Latin American popular music and American jazz, a history in itself, and these have formed the basic impulse of the work from start to finish.”[source] 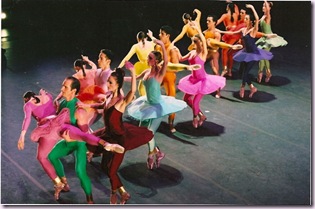 Even though the movements are heavily influenced by Eastern dance, everything can be described in a classic ballet move. Yet there is nothing at the outward appearance. It’s not classical ballet at all. It’s very modern.”

Moss commented that in teaching GONG to Ballet West, choreographer Tina Fehlandt expressed the importance of posturing with men and women.  Particularity with the women, it’s important to show power and assertiveness, and the total capability of women. Fehlandt wants the dancers to make contact with the audience, but not so much as to give away any of their power.

Incorporating the vibrancy and beauty of traditional Balinese clothing, designer Isaac Mizrahi’s bold, bright and colorful costumes are a stark contrast to the frequently similar-colored costumes of dancers.

When asked how he felt about performing GONG with Ballet West, Jed Moss said that he has a particular fascination for GONG because of his prior travels to Indonesia. During his early visits when he would stay at a grand hotel, there would typically be a gamelan orchestra playing in the lobby and “he’d never heard anything like it before.” 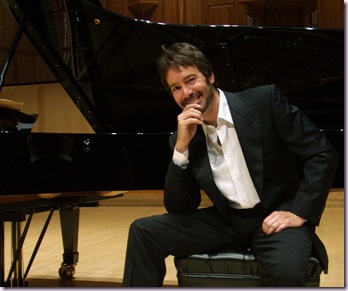 Regarding the Ballet West Orchestra, Moss said, “This orchestration utilizes the authentic instruments.  It’s quite impressive. There are 62 members of the orchestra and they, along with a full complement of percussive instruments, two pianos and a celesta, fill the entire orchestra pit.”  Moss said, “It’s great fun to play! It’s a machine that just doesn’t stop til you reach the end.”

Jed Moss performs GONG with Ballet West through February 21st.  Tickets are available through ArtTix or by calling the Ballet West Box Office at 801-355-ARTS.

Immediately following the final performance with Ballet West, Moss goes on a mini-tour with The Sundance Trio, which is comprised of Moss on piano, BYU Professor of Oboe Geralyn Giovannetti on oboe and BYU Associate Professor of Bassoon Christian Smith on bassoon.

In addition to the upcoming tour, The Sundance Trio is awaiting the imminent release of its first CD.  Expected to be available around the beginning of March, it will be available for sale through Centaur Records. Two years in the making, Jed Moss is thrilled to see the recordings finally come to market.

The Sundance Trio is currently preparing to record its second CD and as such, the repertoire performed on the upcoming tour will likely include some of these new compositions.  A listing of upcoming Sundance Trio performances is below. Please contact the venue for additional information about a specific performance.

January and February have turned out to be very busy months for Jed Moss. Managing the multitude of performances is undoubtedly a challenge, but the success of each has brought its own rewards.  They say that good things happen in threes, and with the Maurice Abravanel Visiting Distinguished Composer Series performance, GONG, and touring with The Sundance Trio, one can only expect good things to follow for Moss in 2009! 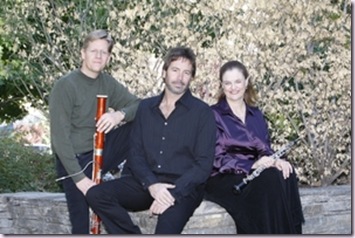 The Sundance Trio
All performances subject to change

One Response to Pianist Jed Moss Performs With Utah’s Ballet West, Canyonlands And The Sundance Trio